Born in 1958 in Singapore, Jeane is Eurasian and descendant of Chinese, English and Portuguese ancestors. Some years of her childhood were spent on Christmas Island (Indian Ocean) where she grew up acquiring an uncompromising nature. This child of the sea was later modernised by Singapore’s upbeat mentality.

In Singapore, she started to model at a young age until the age of nineteen, when she traveled to Europe and landed up in Vienna, Austria. Theatre, art, music, film and photography shaped her conscience that created a trigger towards something bigger. Her occupation as a model presented her the fortune to work with personalities such as Lord Snowdon, Peter Bogdonavich, Ben Gazarra, Jack Lord, George Lazenby, Victoria Principal….Life in Vienna presented itself as working for six months of the year and hopping around the globe the other six. She also worked for a year as host for a traveling artistic Chinese acrobatic show called “Begnadete Korper” created by the well-known Austrian conceptual artist, Andre Heller. Travel grew to a passion in the conquest of the unknown. A study as couturier, courses for German, Dutch and French took place. 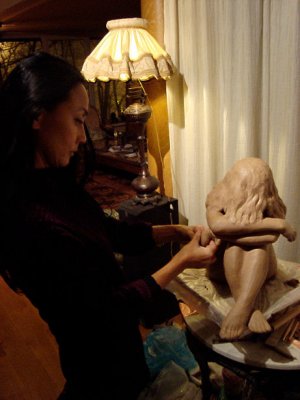 Nine years of courses in clay techniques sculpture in clay and stone, and restoration and gilding of antiques followed. This life took her to Holland and living in several areas in France where she sculpted with different masters and spent a period in an academy of arts in Antwerp, Belgium.

Creating her often large bronzes, stone and glass works, she found herself yearning to look more microcosmically into detail and the use of minerals, metals and other raw materials. Her desires to express herself organically developed further her passionate relationship with natural elements and led her to acquire yet another skill, silver smithing. The forces of volcanic energy on this rather restlessly fertile and spiritual island formed a new balance through perseverance and understanding of circumstances of this special place. She had to confront the confusion of terrorism, poverty, strength of spirit and deal with the juggle of their positions in her Europeanised mind and personal values. Her return home to Asia (Bali) was not always an easy one. It was yet another phase in her journey towards the truth and a new form of art appeared, sculptural jewellery!

“Time becomes a theme that leads us to value the fossil, a gemstone or even a tooth for instance, as witness and proof. They’re encrusted embodiments of age, what treasures! I often look to raw minerals to convey my taste, they are closer to truth and nature and perfect as they are created. And then to let them work on us as they are believed to do with powers bestowed upon them. I frame these forefathers of time in silver, flavour them with trinkets from our era, guild them with our interpretations of luxury and regenerate them with “active energy” of my kind. This is my contribution and celebration of being.”

Living in Bali also led to another expressive form as Jeane dove into becoming editor of several magazines, doing her own photography and writing. Through her sight through the lens, she found herself immensely enjoying the scenery and energy of Bali and the areas around it. Married to well-known Dutch artist Nico Vrielink for 26 years, she lived a creator’s life with all the trimmings of glory and challenges. Learning became the background of a very busy life-style as mother, wife, model and muse. An intimate living-together that ended in Bali. Jeane now resides in Burgundy, France, where she ran a B & B in a chateau for some years. Now settled in a famous village for wine, she concentrates on her art and lives with an esoteric approach in life. 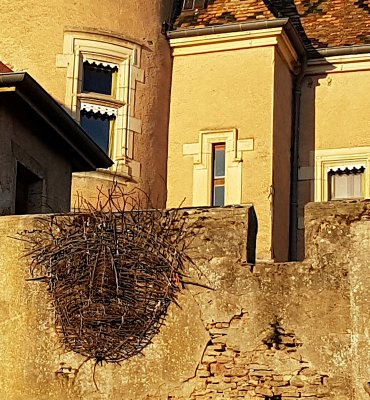 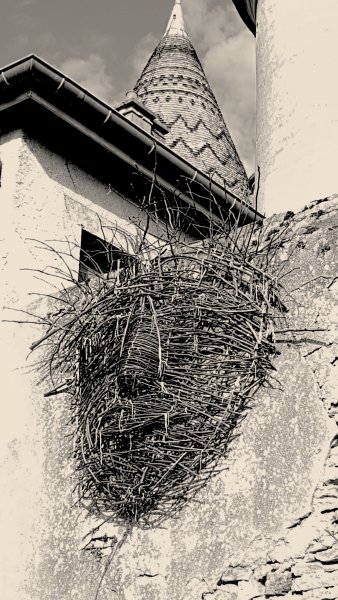